Thread: running program on a piece of hardware (context)

Instruction Level Parallelism is the characteristic of a program that certain instructions are independent, and can potentially be executed in parallel.

Instruction storage is added to each functional execution units, but control and buffer are centralized as scoreboard and register file
Both source registers are read together (WAR/WAW limited)

Instruction storage is added to each functional execution units, control and buffers are distributed as reservation stations.
Each source registers are read as soon as available (only RAW matters)

Out of speed, density (proxy for cost), and capacity, we can only get two. With such limitation, Memory Wall and Bandwidth Wall problem persist.

Principle of locality lets us predict which data will be accessed which can be cached to reduce access time. This gives the illusion of SRAM access time with larger capacity.

Ones that are most unlikely to be used in the future should be pushed back to lower level memory to make room for one that is needed now.

Write-allocate: make room for the cache block in the cache and fetch rest of the block from DRAM, then write to cache
No-write-allicate (Write-around): write to lower levels of memory hierarchy, ignoring the cache.

Compulsory: the first access to a block is not in the cache, so the block must be brought into the cache. (cold start miss, first reference miss) = miss in infinite cache
Capacity: if C is the size of the cache (in blocks) and there have been more than C unique cache blocks accessed since this cache was last accessed. = Non-compulsory miss in size X fully associative cache
Conflict: occurs because too many active blocks are mapped to the same cache set. = Non-compulsory, non-capacity miss
Coherence: ***

Read misses may require write of dirty block back to DRAM, instead copy the dirty block to a write buffer, then read, then write

Early restart: as soon as the requested word of the block arrives, send it to the CPU and let the CPU continue execution.
Critical word first: request the missed word first from memory and send it to the CPU as soon as it arrives; let the CPU continue execution while filling the rest of the words in the block.
* Not always helpful because of spatial locality

Property of inclusion means that if it is in the higher level cache, it will have the lower level cache. (exclusion could be better than inclusion when L2 is only slightly larger than L1)

Insert “No-op”s. This is the simplest method, but leads to underutilization

We profile all the executed to choose between T and NT, but this is done at static time.

In LLVM there exists methods to help weight the branch to T or NT.

Table that uses a set of saturating counters (1-bit or 2-bit mostly) to record the past, and checks the table using PC as the hash key to get prediction when branch instruction hits instruction fetch stage.

BTB is used to reduce the branch penalty by identifying a branch and its predicted target in the IF stage.

BTB is a cache where the full PC is compared to get the prediction for the branch target. It also has a bit for preliminary branch prediction (T or NT), because branch prediction could happen over multiple cycles in modern processors and this bit can be an initial guess before the real prediction.

Structural hazards: HW cannot support this combination of instructions. For example, no two instructions can be at execution stage simultaneously if there is only one execution unit.
Data hazards: instruction depends on result of prior instruction still in the pipeline. (RAW, WAW, WAR)
Control hazards: pipelining of branches and other instructions that change the PC. If there are branches, it is uncertain which instruction should be issued.

Branch instructions are the cause of control hazards

“How” is not defined in the Architecture to provide abstraction, so that we don’t have to build a new compiler every time we develop a new processor and so that we don’t need to recompile the code for new circuits.

Top-down: Facebook, translates to machine codes (bunch of instructions)
Bottom-up: Capabilities in the hardware that are canonical (like orthogonal functions)

Modern processors
– CPU
– Instruction Cache + Data Cache
– Last Level Cache (LLC) to back them up
– Memory: including both Data and Instructions

* With registers, you encode names in code. With SPM, (much bigger) you cannot encode names so go through the same mechanism as off-chip memory

* VAX-11: Reference Design, a real design we use to compare with real processors
* Logarithmic Y-axis means exponential enhancement until 2011. Now it is flattening

Pareto optimal point: points that represent the state of allocation of resources from which it is impossible to reallocate so as to make any one individual or preference criterion better off without making at least one individual or preference criterion worse off.
Pareto frontier: line that represents all the Pareto optimal points in the design space. Where above this, you would get diminishing return.

* Regarding Power vs Area, area used to be the cost, but due to dark silicon phenomena and other advances in area, power is the primary concern. You would trade area for power efficiency!
* Designing computer architecture, deciding on which technology to use is about Pareto optimality analysis (cost-benefit analysis, trade-off)

* Moore’s law is about cost for performance, economics of manufacturing processors. Price of transistor is not going down anymore, power limits us from improving performance and we are just getting transistors that we cannot switch on.

Benchmark alone is not enough. Without clear dataset, benchmarks have no value. ex) number of gcc file you compile with gcc changes the time it takes.

So, time, benchmark, data are three elements that define performance

Wall clock time: start to the end, including the time it takes to load.

How do we measure performance?

There are many vague notions, but are not real metrics. ex) Core count, RAM, Storage type, etc…

Overall speedup that you get given any method

Even the unweighted arithmetic mean implies a weighting, whereas ratios of geometric means never change (regardless of which machine is used as the baseline).

What has made computing pervasive? What is the backbone of the computing industry?

Model of computation gives us programmability.

What is the difference between the computing industry and the paper towel industry?

Can we continue being an industry of new possibilities?

What is the catch? 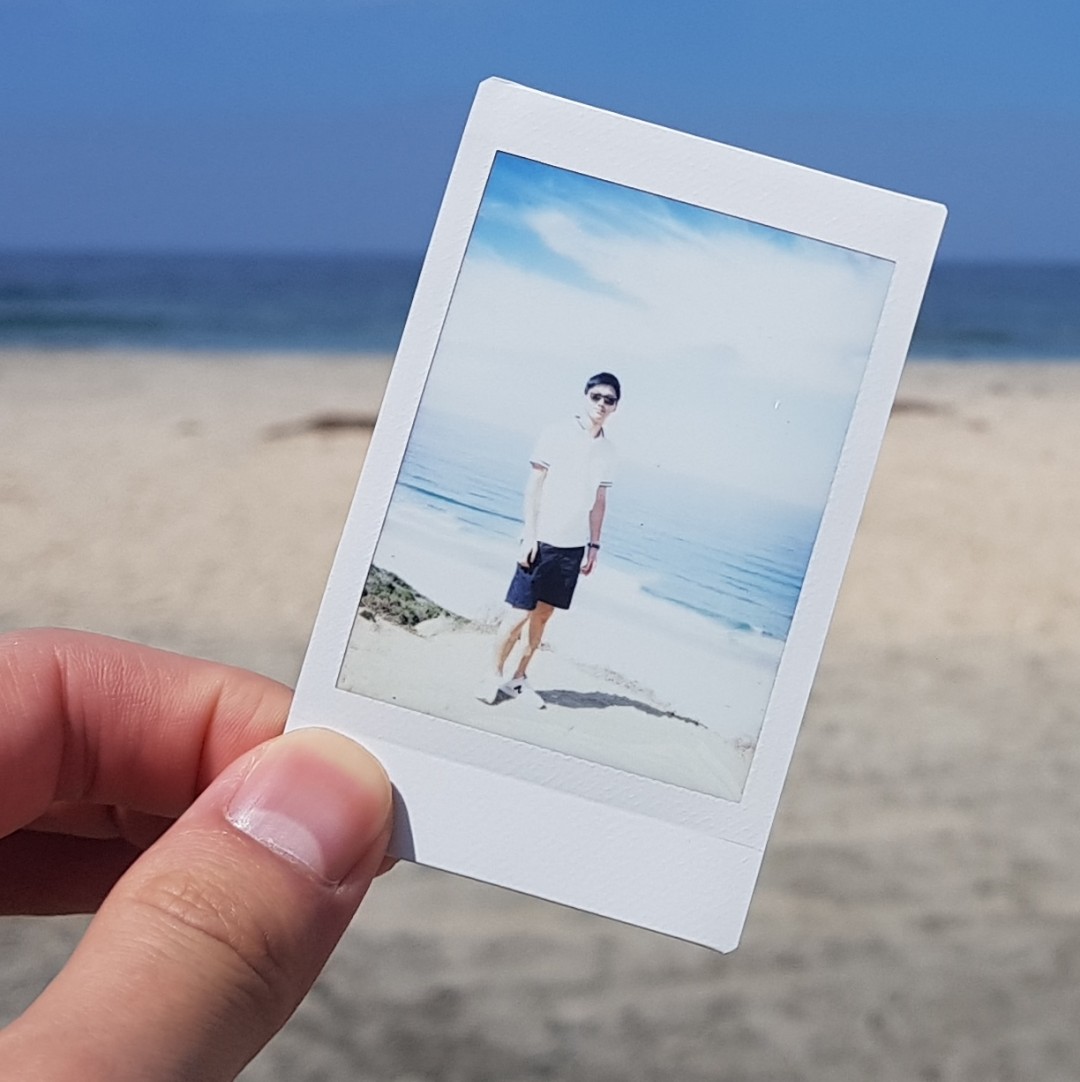 My work at Protopia AI that tackles the problem of AI privacy has been accepted to NeurIPS 2021 for demonstrations.
Also, collaboration with MDH on neural architecture search for resource constrained devices has been accepted to IEEE Transactions on Systems, Man, and Cybernetics: Systems (IF: 13.45).

Our work on the novel concept of Dynamic Architecture Fission that, for the very first time, enables simultaneous spatial multi-tenancy for DNN acceleration has been presented at MICRO 2020! [link]

2020.9.4
I have completed my Qualifying Exam/Thesis Proposal, and advanced to candidacy.

2020.6.12
I have completed the coursework requirements and my Research Exam, and received M.S. in Computer Science.

2020.3.27
Our team (Byung Hoon Ahn, Soroush Ghodrati) has been selected as a Finalist for Qualcomm Innovation Fellowship! [link]

2020.1.3
Paper titled “Ordering Chaos: Memory-Aware Scheduling of Irregularly Wired Neural Networks for Edge Devices” has been accepted to MLSys 2020 :)
See you all in Austin, Texas!

I have accepted the return offer for another summer internship at Qualcomm AI Research!

2019.7.1
I am really excited to work at Qualcomm AI Research as an intern over the summer!

2019.5.28
My work on integrating reinforcement learning with compiler optimization has been accepted to ICML Workshop on Reinforcement Learning for Real Life :D

2018.7.26
I am honored to receive the Korean Government Scholarship for Overseas Studies. The first two years of my graduate studies will be supported by the scholarship.

2018.3.12
I accepted the offer of admission to the Computer Science and Engineering PhD program at UC San Diego!